See Pictures Of 1,100 Guns Intercepted At The Tincan Island Port By The Nigerian Custom Sevice
The Nigeria Customs Service, Tin Can Island Command, has intercepted 1,100  pump action riffles loaded in a 20 foot container.
The syndicate that specialises in smuggling weapons into the country was also nabbed. 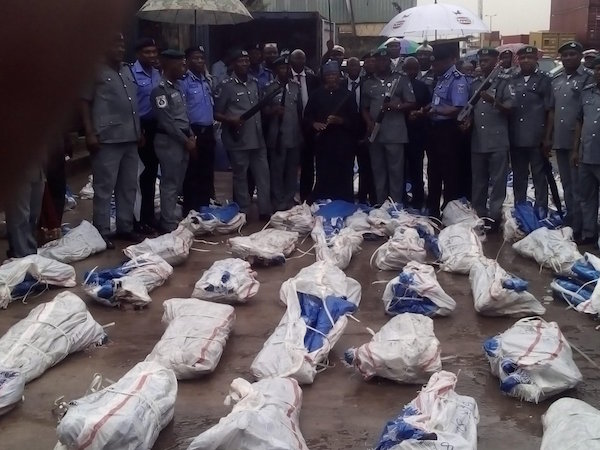 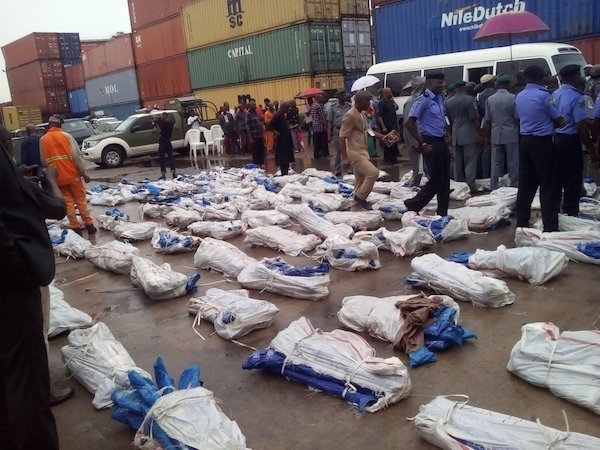 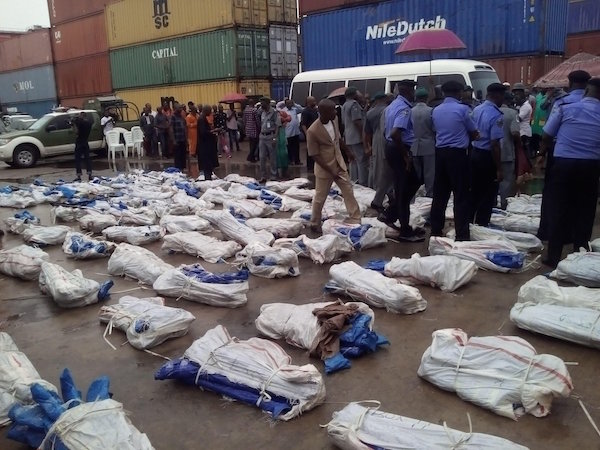 The weapons were brought from Turkey and concealed inside a container which Bill of Laden indicated it was conveying wash hand basins.

Briefing newsmen Monday on the seizure, Controller General of Customs, Col. Ahmeed Alli , disclosed that already a Customs officer suspected to have cut the seal of the container without following due process, as well as a clerk  at the command had been arrested in connection with the discovery.