The Comptroller General of the Nigerian Custom Service, Col. Hameed Ali (Rtd) who confirmed the seizure said that the weapons were fearfully concealed in a 1×20 ft container.

He said that the weapons were discovered by custom officers who were carrying out 100% examination of the container. The syndicate that specialises in smuggling weapons into the country was also nabbed.

The weapons were brought from Turkey and concealed inside a container which Bill of Laden indicated it was conveying wash hand basins.
Controller General of Customs, Col. Ahmeed Alli, disclosed that, already, a Customs officer suspected to have cut the seal of the container without following due process, as well as a clerk at the command had been arrested in connection with the discovery. 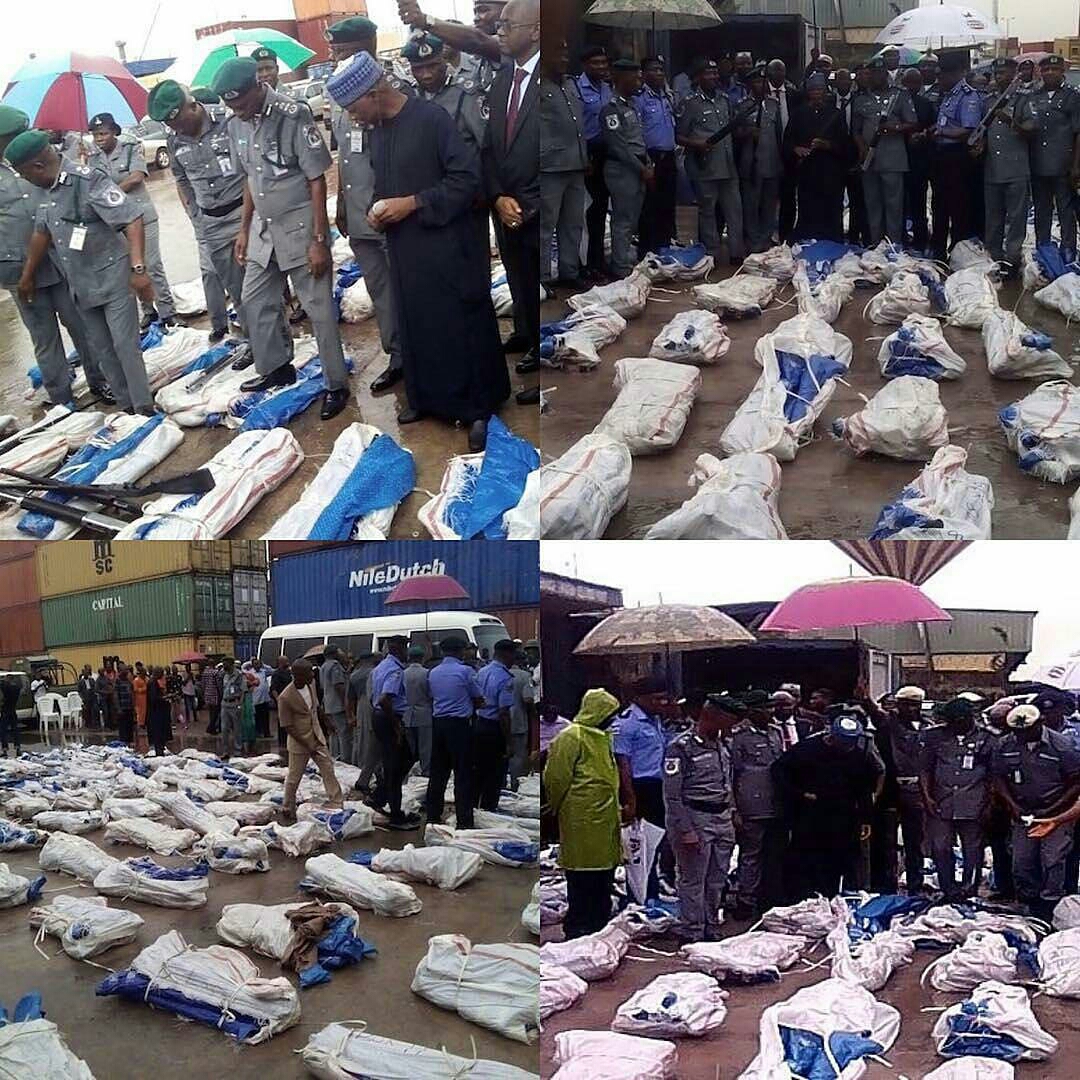