Gay? Landlord Caught In The Act, Having S*x With A Young Boy, Beaten, Stripped Naked & Paraded With Wheel Barrow In Alaba Market (Photos)

A landlord was beaten and paraded n*ked after allegedly being caught having s*x with a young boy around popular Alaba Market in Lagos. 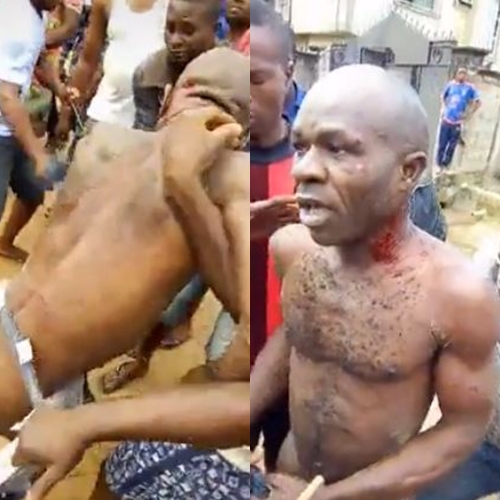 A Facebook user identified as Ike Anucha, has taken to the social networking platform to share a video clip which shows the moment a landlord was stripped n*ked and beaten up after he was caught allegedly trying to sleep with a little boy around Alaba International market area of Lagos state. 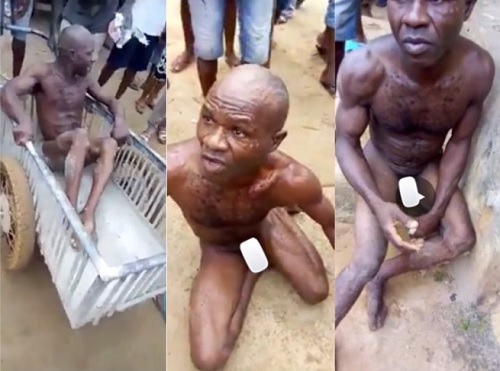 Watch the video below;

Landlord beaten and paraded naked after allegedly being caught having s*x with a young boy around Alaba Market, Lagos