Everton can confirm that Wayne Rooney has rejoined the Club from Manchester United on a two-year deal for an undisclosed fee.

England’s all-time leading goalscorer, the 31-year-old boyhood Blue made 77 appearances for Everton and scored 17 goals between 2002 – when he made his Premier League debut as a 16-year-old – and 2004 when he departed for Old Trafford.

“Wayne has shown me that ambition that we need and that winning mentality – he knows how to win titles and I’m really happy he’s decided to come home,” said Everton manager Ronald Koeman.

“He loves Everton and he was desperate to come back. He is still only 31 and I don’t have any doubts about his qualities. It’s fantastic he’s here.”

“Ecstatic” Wayne Rooney  declared winning silverware with his beloved Blues would be the “pinnacle” of his career after the forward sealed his emotional return to Everton Football Club.

The 31-year-old forward penned a two-year-deal with the Toffees, moving for an undisclosed fee from Manchester United, to come back to the club he has supported all his life and first joined as a nine-year-old, before rising through the Academy and becoming a first-team star from 2002-2004.

England’s all-time leading goalscorer admits putting on the Blue shirt again will be “an emotional day”.

And having enjoyed a trophy-laden 13-year career at Old Trafford – including winning the Champions League, Europa League, five Premier League titles, one FA Cup and one FIFA Club World Cup – Rooney believes helping the ambitious Blues to silverware would be extra special.

“(Winning trophies with Everton) would be the pinnacle. I really feel now the Club is moving in the right direction, bringing the right calibre of players in. I want to be part of it and hopefully part of a successful Everton team.

“I’m excited, and I’m excited by the signings that the Club have made. This club is moving forward. This football club should be winning trophies and we’re taking huge steps to being involved and trying to win trophies.

“The first game back will be an emotional day for me and I’m looking forward to it. I’m not just coming back because it’s the team I support, the team I grew up playing for – I’m coming back because I feel the Club can move forward and be successful. I want to be part of it. There will be pressure on me to perform, but I’m ready to go. I believe I can help move this club forward and be more successful on the pitch.

“With the new stadium in the pipeline, it’s an exciting time to be an Everton player, to be an Everton fan. It’s on us players to make those times even more exciting by giving them good performances and try to help them be successful and bring trophies to the Club.” 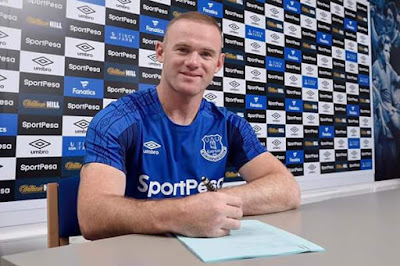 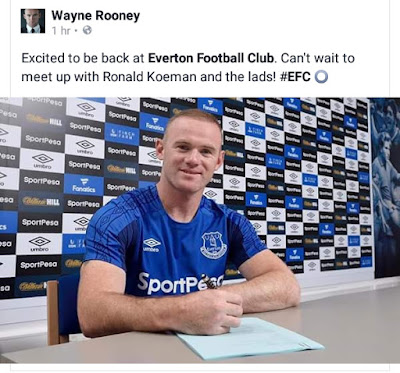 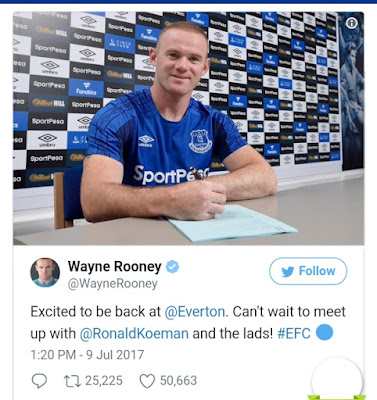