A Nigerian pastor,David Steven, from Edo state living in Netherland nearly killed his wife by pushing her down from upstairs.The wife sustained injuries and is battling for her life in hospital.

Pastor David in trying to dispute the rumour said that he did not beat his wife.According to him,he had a misunderstanding with his wife and when she came back,he tried to say some romantic words to her before opening the door for her.Shocking to him,he saw his wife in a ‘weird’ manner.It was during the process that the wife mistakenly slipped off and hit her head on the floor.He however urged wives not to lay their hands first on their husbands no matter what the situation is.

Many social media users however disputed his claims.Many of them were of the opinion that he was trying to cover up.They argued that a real man of God won’t come online to defend himself after mercilessly beating his wife. 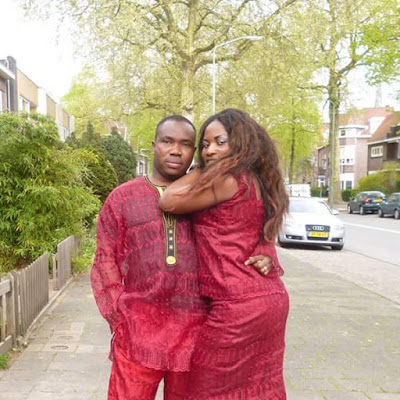 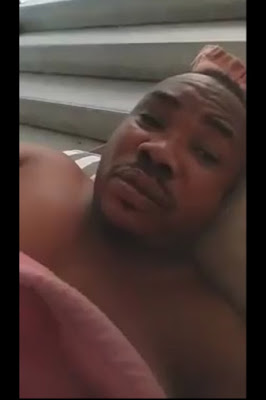 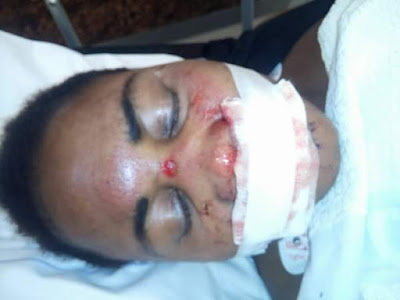 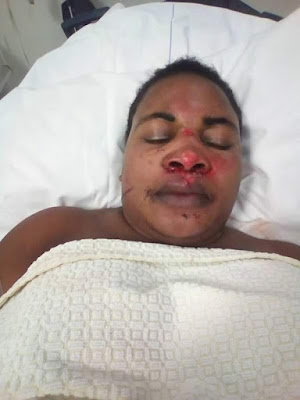 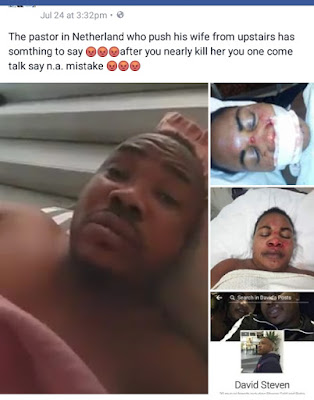