From the little I could understand from the story shared in Hausa by Sheriff Almuhajir,a lecture at Yobe State University,a friend called him and sent photos of a 6-year-old boy named Hassan sent to an Islamic scholar(probably to learn Islam/Quran) by the father.The boy who is under the supervision of the scholar was chained by him.The incident allegedly happened in Gombe state.Please our Hausa friends should explain more with the help of the screenshot below 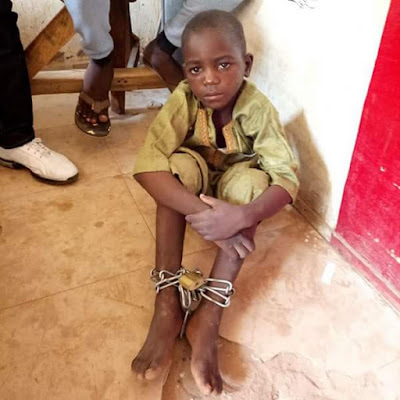 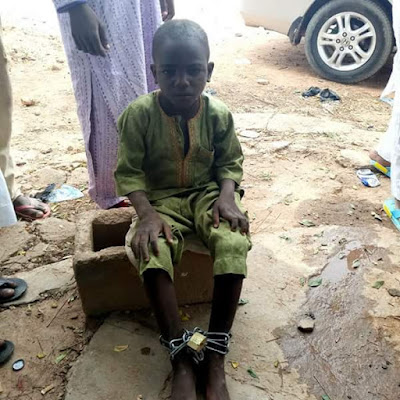 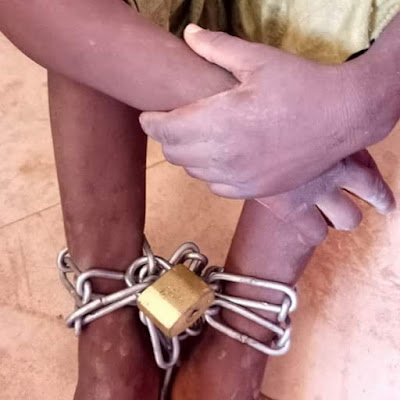 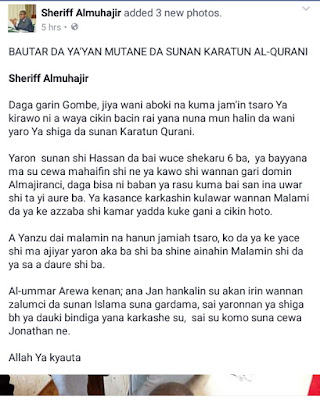